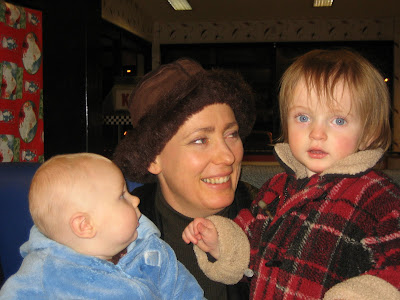 I want to take this opportunity to share with all my friends and family the amazing story of my dear friend, Jenny. I know Jenny as the mother of my friends, Cassie and Gabby, but she is also a good friend of Nana and Papa's and has been a great support to Mom as well.
Jenny found out she had cancer just after I was born. The cancer was first found in her breast, but then was later found in her liver and bone. She was told by her first doctor that she had a 2% chance of recovery. Jenny has always been determined not to give up hope and so she found another doctor and has continued to receive chemo for the past 2 1/2 years. That is a long time to feel sick! With her new insurance and doctors, she has had to travel to Chicago every three weeks for chemo and thus meant she had to be away from her family (that includes one husband and four children now ages 3 to 18) for days at a time with each visit east. Still, she kept on and never gave up hope. As if she wasn't amazing enough just keeping up with the daily going-ons of her own family, she still manages to take time to care for others. For example, she never minds getting a phone call from Mom with any kind of parenting question. Having four children makes her an expert for sure! 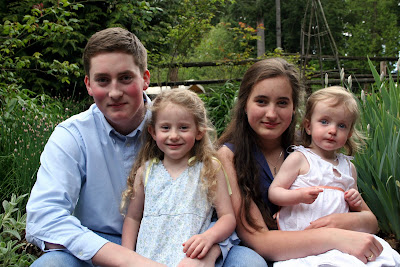 Six months ago Jenny's doctor gave her the news that her cancer had dramatically shrunk in size and he thought what looked like small traces of cancer may actually just be scar tissue. So, she kept doing chemo for a couple more months, was tested again and then received the news that it was GONE!!!! Time to celebrate!!! Jenny was able to quit chemo and began feeling better. Yipee! However, when she was tested again a couple weeks ago, what they thought was scar tissue before looked more like small traces of cancer again so unfortunately she is back on chemo for the time being. But, being the amazing person that she is, she feels it is just "a bump in the road" to full recovery. So, we had a party last night to celebrate her amazing progress and also to encourage her as she continues the fight. In case you can't tell, we had a Wonder Woman themed party. We had a full house and everyone had wonderful words of encouragement to share with our guest of honor. Mom says she remembers meeting Jenny for the first time around the age of 8 and thinking she was the most beautiful woman she'd ever seen. Anyone who meets her would agree it is still true. Of course, when Mom was sharing this memory at the party she got teary, but she says, "It's the baby's fault." I've been around long enough to know that may not be the truth. :)
We have no idea how many people across the country have been praying for Jenny, but we know it's a ton. She has inspired so many people with her determination and faith that she can and will beat this cancer. To those who pray, feel free to add Jenny and her family to your list of people to pray for. She will greatly appreciate it! 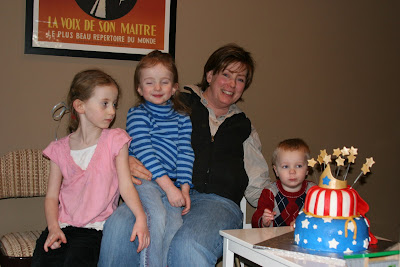 What an awesome person. That is a very inspirational story. Thank you for sharing and reminding us with lesser trials how wonderful life really is!

What a sweet story. It's people like Jenny that make us want to be better at living. Awesome cake too!

Jenny's strong belief in God and what he has and will do for her is truly an inspiration to many. I have talked to her and spent time with her and it has increased my faith in God. She and her family are in my prayers and the prayers of many others. I hope this story will inspire many others to realize what a great God we have.